Industry 4.0 the new generation of the industry: 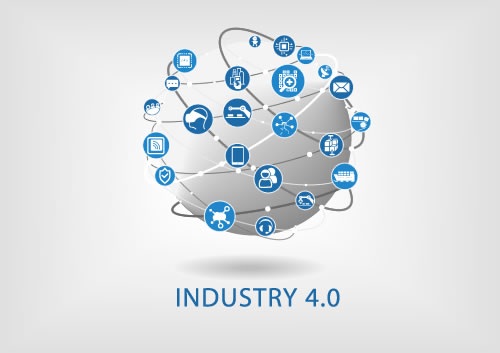 As time is passing day by day technology is also getting evolved these days. Each and every day some new technology come to the market. And, that new technology replaces the old one. That process is going on and on. And, the same thing happened with the industry too. At the starting of an industry which was named as industry 1.0. in which human and animal labor is used to use the energy of steam and water. Then another ear came named as 2.0 industry. In which assembly line and all were introduced. Then industry 3.0 came in which robots were being used in the industry with computers.

And, now the industry 4.0 came in the world. In which there is no need for a human to assign the task to robots. Like they used to do that in industry 3.0. Now, there is no use of human they can talk to other computers and make their decision by themselves. This is the new generation of the industry.

No need for a human in industry 4.0

It will cause a great change

Industry 4.0 is something that will make a great change in the world. And, many lives will be affected by industry 4.0. And, mostly in good ways but some bad ways too. but it is for sure that there will some great changes occur.