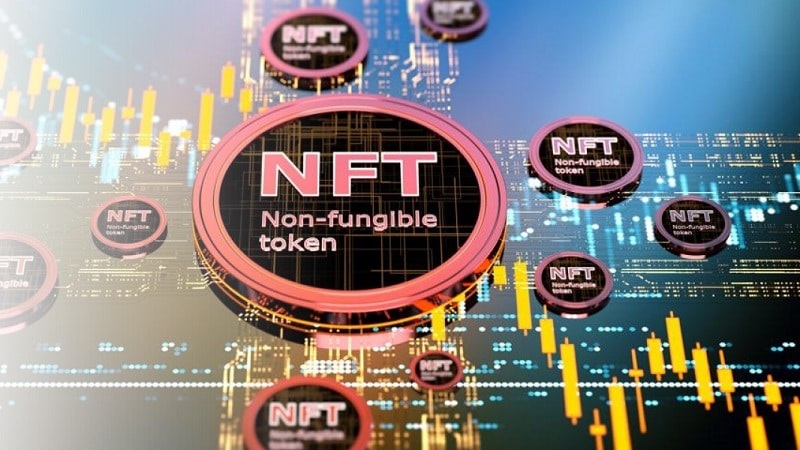 Each NFT is a unique cryptographic token that exists on the game’s blockchain and cannot be replicated. They can be bought and sold on NFT exchanges, and exchanged for fiat (real world currency). By leveraging NFT technologies, crypto games enable in-game assets to be digitized on the blockchain.

NFT gaming has become one of the biggest trends in the gaming industry in 2022, leading more developers to turn their focus towards this form of gaming. Let’s dive into one of the best examples, DEEPSPACE (DPS) on the BNB Smart Chain blockchain.

DEEPSPACE is a blockchain-based Play-to-Earn space-based strategy game that features an expansive and immersive metaverse. To start, players need some of the game’s native token, DPS. With DPS, players can purchase an NFT-based spacecraft in the DEEPSPACE marketplace (called the Outpost) and use it in-game to explore the sweeping and expansive DEEPSPACE metaverse. Four ship classes are available, each has its own purposes:

– Support: A ship focused on utility and boosting the capabilities of your other ships.

A player just needs one ship to play, but having one of each class is optimum.

Players play in an expansive space-based universe. Space exploration is a major aspect of the game with players able to explore the vast DEEPSPACE multiverse as well as finding and visiting unique planets including Athena, Mitra, Gelida, Tyranus, Chaldene, Vorvoid and Melas. Each planet has its own unique environment and each comes with its own dangers and potential.  Players can mine for resources on-planet and off, and trade them on the Outpost. Resources will also be needed for ship upgrades.

For those seeking combat, DEEPSPACE will offer both Player versus Environment (PvE) and Player versus Player (PvP) battles. PvE will involve a player battling the game’s artificial intelligence (AI). PvP will see a player battle another player. Guild wars and battle competitions will come in later releases.

Many NFT games fall short by not focusing on gameplay. The DEEPSPACE team is formed of avid gamers, and they have promised to put gamers and gameplay first. Having an engaging, immersive and enjoyable game is one of their mission goals.

Founded in 2021, the team purposefully did not make the mistake of many new blockchain projects by rushing into development. They spent many months getting DEEPSPACE’s foundation’s right: game mechanics, infrastructure, concept designs, metaverse lore, community and tokenomics. Ensuring security was also a key driver. In subsequent releases, the team have shown the wisdom of these decisions.

The DEEPSPACE team are bringing multiple innovations to the crypto gaming industry with their gamer focused space exploration metaverse.

Cryptocurrency 101: Tips to Help You Understand How It Works