Natural Resins and How They Are Formed 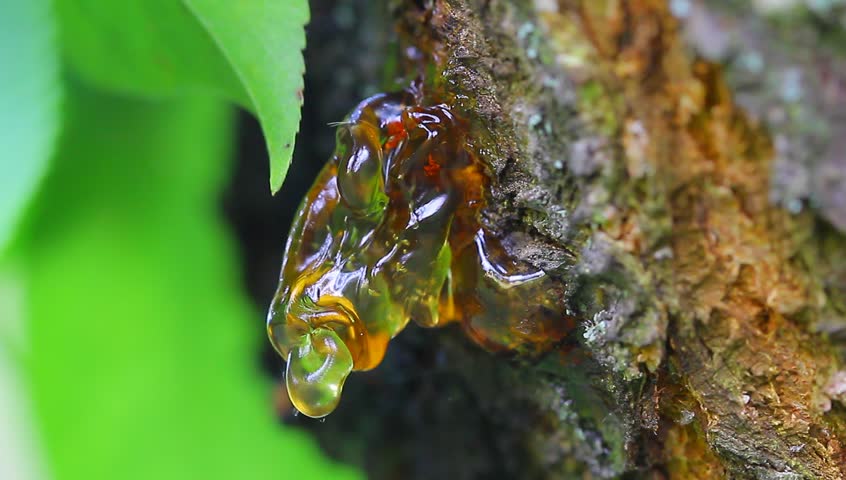 If you’ve never heard of Resin before, probably the most popular example of it is the encased bugs that Dr. Hammond uses in Jurassic Park to excrete DNA and create dinosaurs. Remember that orange rock that had that huge mosquito in it, that orange rock was at one point resin that flowed from a tree and surrounded this unsuspecting mosquito full of dinosaur DNA. It is a substance that occurs naturally as a liquid but the true beauty of resin is that it can eventually can harden into a very durable substance that in the case of Jurassic Park can even encase dino DNA.

The official definition of Resin, according to the Encyclopedia Britannica is “any natural or synthetic organic compound consisting of a noncrystalline or viscous liquid substance.” Natural resin is usually yellowing or orange in color and is generally fusible and flammable. It is generally formed as a secretion from a fir or pine tree when it is damaged by wind, lightning or fire. One of the really useful properties of resin is that it is soluble by some organic liquids but not water, which is the most commonly occurring liquid. Due to this property, if the resin is given enough time to harden, it will become a very durable material that is not soluble by water, and thus can last for many many years without decomposing. Many ancient civilizations like the Chinese, Japanese, and Egyptian people used resin in preparation of lacquers and varnishes that they would use in preservation of coffins and dead bodies.

Some of the most common spirit soluble resins are balsams which has been used as a healing agent for many years. Some other spirit soluble resins like turpentine is used as a solvent while mastics, dragon blood, dammar and sandarac resin is used more for varnishes. All of these resins can only be removed with a spirit or alcohol.

The oil soluble resins are a bit of a different animal because they are only broken down with oil. Rosin is a popular oil soluble resin that is usually found in long-leaf pine trees and used for many applications, most notably, soapmaking. Copal is a type of resin used in varnishes, while Amber is one of the most durable resins that is frequently used in the making of jewelry… and capturing mosquitoes in the Jurassic period for cloning.

What makes resin such a unique resource is that in it’s liquid form it can be poured into any shape or form and when it hardens it is very difficult to break it apart. Since the discovery of these natural resins humans have found ways to capture this property into synthetic resins which can be colored and formed into any shape, and when left to dry, they become a very tough and durable plastic. This synthetic resin, due to its very maneuverable qualities has even been used for art like this company that has started to make beautiful cell phone cases and bracelets with a colored resin and wood. The more we learn about resins the more uses we have found, and who knows how we will use this incredible material in the future… maybe even for cloning dinosaurs!